Lahore Canal to developed into a picnic spot?! 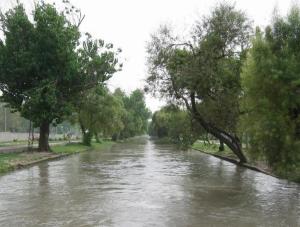 LAHORE: The Punjab Irrigation Department will rebuild the Lahore Branch Canal (LBC) in coordination with the Parks & Horticulture Authority (PHA) to promote the canal as a picnic spot.The project aims at adding to the natural scenic beauty of the canal, said Senior Minister Raja Riaz Ahmad while inspecting the desilting of Lahore Branch Canal. Secretary Irrigation Babur Bharwana, Chief Engineer Irrigation Lahore Zone Waqar Ahmad and other concerned officials of the Irrigation Department were also present on the occasion who apprised the senior minister about the pace of desilting works.

Senior Minister Raja Riaz ordered the department officials to ensure timely completion of desilting operations, saying that apart from being an essential part of Lahore’s natural beauty, the Lahore Canal running through the city is also a picnic spot. People have been doing morning walk on its banks for the last several decades. Therefore, it should be further developed. The Punjab Irrigation Department will complete the desilting work of LBC by January 22 while overall desilting campaign is expected to be completed by January 31, the senior minister was informed. 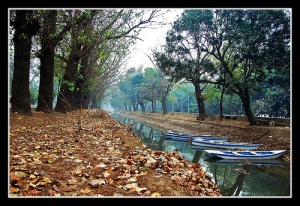 Colors of autumn by Naeem Rashid

10 responses to “Lahore Canal to developed into a picnic spot?!”