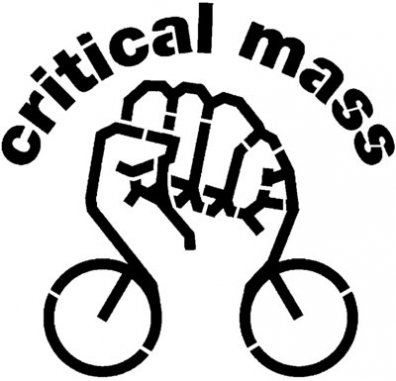 We meet at Zakir Tikka intersection on Sarwar Road in the Lahore Cantonment at 6.15pm on Sunday 26 July 2009.

Critical Mass is not an organization. It is an idea. It is about making a statement. Everyone in Lahore knows how bad the traffic is. Critical Mass Lahore is a step towards making our city clean and taking our streets back.

Critical Mass is an idea. Make it yours.
What do I need to participate in a Critical Mass Event?
All you need is a road-worthy cycle and an sense of fun. Buy, beg, borrow or steal a cycle if you have to, but join the Mass. Come, cycle around Lahore. Reclaim your city, and have more fun than you think!

Where and how else to Critical Mass Events take place?

Critical Mass events are typically held on the last Friday of each month in cities all over the world. For information about Critical Mass Lahore, be at Zakir Tikka at 6:15pm this Sunday 26 July 2009 or visit the Critical Mass Lahore Facebook page (http://www.facebook.com/group.php?gid=38992998526). Important: Be on time!!!