This article was originally posted on The Nation 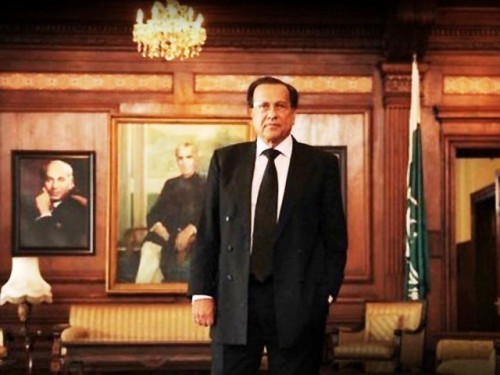 If you want to commit suicide, all you have to do is defend a persecuted non-Muslim in a case of alleged blasphemy. The slain Governor of the Punjab decided to stand up for the rights of a downtrodden woman from the persecuted Christian community booked under a case of purported blasphemy. He became liable to be killed.
So told us scores of Barelvi (and some Shia) ‘muftis’ and a TV anchor-lady back in 2009. Taking an informed and brave decision, Taseer chose to go ahead with the cause. Result: he lost his life, left us in obscurity to deal with the madness, the killer became a hero and a large chunk of media and so called intelligentsia busied themselves in justifying what was a brutal broad day-light murder.
Remembering him, and remembering him with reverence has been an act of resistance ever since his guard assassinated him in 2011. Like every year, this year too we planned to hold a quiet vigil in his remembrance and to pay tribute to his struggle on the day of his martyrdom. Already in Lahore for a personal trip, I thought to join fellow activists here while requesting comrades to hold similar events in Karachi and Islamabad.
We were able to pull off tribute-vigils in Mirphur Khas, Multan, Bahawalpur, Larkana and Hyderabad in addition to Karachi, Islamabad and Lahore. Everywhere they went well with small chunks of progressive citizenry who have always afforded threats to their lives while standing up for the rights of weaker communities and for democracy and justice. The vigils went smoothly everywhere, even in the restive and unpredictable Karachi. Lahore became the odd-man-out. END_OF_DOCUMENT_TOKEN_TO_BE_REPLACED

The worst has happened. Data Darbar, which defined the contours of peaceful Islam for a millennium, has been desecrated in Lahore. Its markets have been attacked and its minorities live in fear after the Ahmadi massacre. Last year, the petrified traders of Lahore’s Hall Road burnt objectionable CDs after receiving threats from extremists. A year later, low-intensity blasts took place in the crowded Hall Road — a market for electronics and kosher and non-kosher DVDs. This week, two internet cafes were targeted in densely populated areas of Lahore and some time back Peeru’s was also bombed. Reports have suggested that the cafes had received threats from unidentifiable numbers asking them to stop their businesses as they were turning into hubs of ‘immoral activities’. Just because no one died there, media attention has been patchy. A younger female colleague told me how tailors are hesitant to take orders for sleeveless shirts and other designs that may offend the purist dress code. The militants are employing tactics of social control used in Swat. It cannot be brushed under the carpet anymore. Prior to 1947, Lahore was a cosmopolitan city with a discrete culture of inter-faith harmony, with a reputation for the best education and socio-cultural movements. After its provincialisation, the resilient city re-emerged as a vibrant centre of progressive politics, avant-garde art and extraordinary literature. Since the 1980s, Lahore is a city with formidable infrastructure and boasts of great public spaces, especially parks. The innate openness and tolerance of this metropolis could not be subjugated by growing extremism. END_OF_DOCUMENT_TOKEN_TO_BE_REPLACED

Posted on December 17, 2009 by Khurram Siddiqi | Leave a comment

Cross-posted from my personal blog

My cousin Usman was at ‘Moon Market’ in Iqbal Town last week when twin explosions went off. I asked him to narrate what he saw, heard and felt on that horrendous night. This interview is completely in Urdu, so I apologize if you can’t follow it. It meant a lot to me, since I was asking Usman to dig up the most troubling moments of his vibrant, youthful life so far, but I commend and salute him for being brave and recounting the events for the sake of sharing.

I’ll try doing an English transcript sometime. Excuse the slight sounds of kids playing in the back- my nieces are visiting.

LAHORE, Pakistan (Reuters) – Gunmen attacked police offices in the Pakistani city of Lahore on Thursday and a car bomb exploded outside another in the northwest, killing at least 15 people after a week of violence in which more than 100 people died. END_OF_DOCUMENT_TOKEN_TO_BE_REPLACED

The assault on security force buildings in Lahore that left 27 people dead and more than 250 hurt was carried out by gunmen who fired at police before their explosives-laden van detonated.

Reporting from Lahore, Pakistan — Officers guarding Pakistani police and intelligence agencies saw the gunmen jump out of the white van that had stopped at their gate. END_OF_DOCUMENT_TOKEN_TO_BE_REPLACED

Time To Bring Mullah On Board

The horrific tragedy in Lahore has done little to either bring the country together. There is the usual condemnation; people voice their anger, especially if they are in front of the camera or talking to a reporter. The talking heads on television channels repeat the same mantra – India with the help of Israel and America wants to destabilize Pakistan because of its nuclear capabilities, etc. In other words, nothing new in analyzing the causes and no effort to actually examine internal facts that might be a cause of suicide bombings or terrorists acts in the country. END_OF_DOCUMENT_TOKEN_TO_BE_REPLACED

Is Pakistan collapsing? A father and a citizen speaks

At my daughter’s annual school parent’s day event in Lahore last month, the tension was palpable. Bewildered at the speed with which this innocuous annual event had transformed into a maximum security operation, anxious parents filed in their hundreds past security guards, metal detectors and bag searches into Theatre Number Two of the Alhamra Cultural Complex – a modernist structure that the citizens of Lahore would tell you proudly is amongst the largest public-funded exhibition and theatre complexes in Asia. They were there to see their children, none older than seven, perform the usual amalgam of tableaux on “Peoples and Festivals of the World”, a smattering of Kathak – a North Indian classical dance, a “Chinese dance” performance and, of course, my daughter’s favorite – a Disney-esque version of the Bangles hit – “Walk Like an Egyptian.” The event began, as always, with recitation from the Quran. Tense primary school teachers grappled with security issues and as I walked in; a very public stand-off between a security posse comprising teachers, local police and plain clothes personnel and a random man who was on the premises for “no known reason” was underway. The man was eventually deemed harmless and let go but there was no parent who entered that hall without making note of the exits. Two hours later, as we filed out, I and virtually every relieved parent thought and said the same thing: “One more year like the last one and next year there will be no Parents Day. Another month or two like the previous ones and there might be no school left open.”

Since December 27, 2007 – the dreadful winter’s day when streets across Pakistan fell silent in the aftermath of the assassination of Benazir Bhutto, Pakistanis have understood and expressed in varying degrees, or disagreed in desperate denial, that the Islamization project unleashed by the United States and implemented by the Pakistani military since 1979 had turned on its creators, snarling at the United States, devouring Pakistan and exposing its army for the megalomaniac but intensely incompetent institution that it is. And the narrative of impending disaster, brutal dispossession and disembodied lives in exile for stateless citizens harking back pathetically to a lost life, hitherto the preserve of Palestinians and Cubans, Afghans, Somalis and the ethnic mosaic of the Balkans, beckons to Pakistanis as well. One could argue that Pakistanis are scared of a future comprising daily doses of floggings, beheadings, daisy cutters and drones. They might be too. But no one has had time to think that far ahead. The truth is more prosaic: After all, if your children cannot go to school, the future has ceased to be. And when societies cannot have a future, they die. END_OF_DOCUMENT_TOKEN_TO_BE_REPLACED

There are old pistols and bulls’ heads on the walls, live country and western music, waiters dressed as cowboys. The Gun Smoke restaurant could be anywhere in the world – but this is the exclusive Gulberg district in Lahore.

The whisky bottles are filled with tea. In the Islamic republic of Pakistan, there are only “mocktails” to wash the burgers down. Hassan “Jimmy” Khan is singing Johnny Cash. A 22-year-old economics student with a hippy beard and floppy hair, he has always lived in Lahore: “I love it, I wouldn’t live anywhere else.”

Here, amid the drinkers and diners in jeans and shirts, last week’s terrorist attack on the visiting Sri Lankan cricket team, even though it took place less than a mile away, is forgotten. END_OF_DOCUMENT_TOKEN_TO_BE_REPLACED

Having lived two days in Lahore as a ‘resident’, the three low intensity blasts are a rude reminder that there is a war all over the country..It does not matter whose war it is; what matters is that it is real and not a fantasy and that it continues to harm ordinary, unarmed citizens who perhaps have no hand in formulating policies in Pakistan.

The fodder of terrorism – home grown and external – are innocent victims, children and more often than not, the poor..

What can be done, is the issue. And, the answers to this ostensibly simple question are in short supply.

However, Lahoris have defied terror plots and the city is abuzz with activity this morning. There is fear but also a will to fight back and not let these incidents achieve what they intend to achieve: terrorize the civilians…