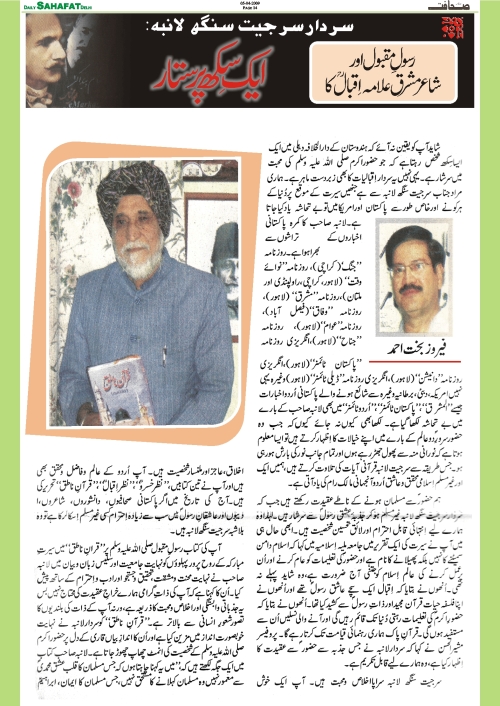 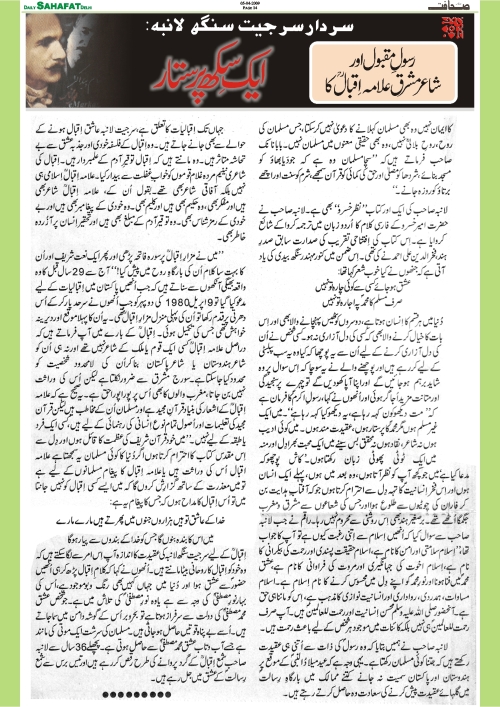 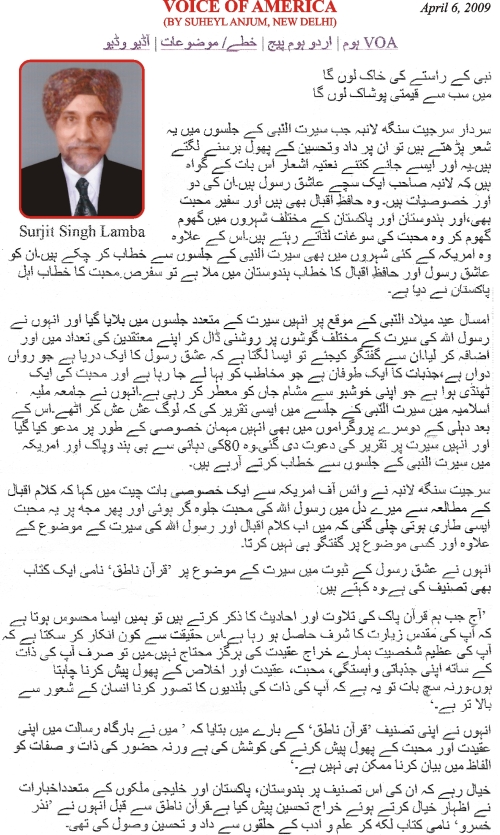 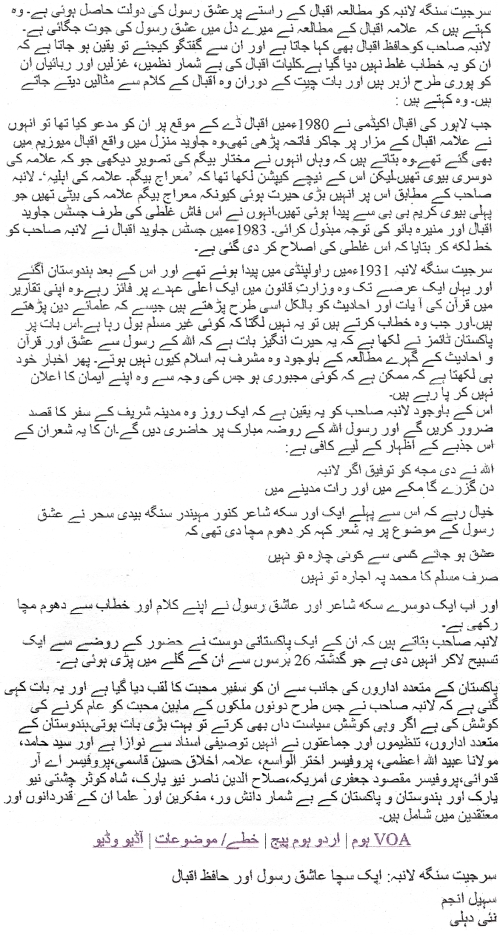 Bibliography: The Reconstruction of Religious Thought in Islam By Dr. Muhammad Iqbal

Bibliography: The Reconstruction of Religious Thought in Islam By Dr. Muhammad Iqbal

(A) Works in Prose

Bedil in the Light of Bergson, ed. and annotated by Dr. Tehsin Firaqi, Lahore, 1988.The Development of Metaphysics in Persia (a contribution to the history of Muslim philosophy), London, 1908. Reprinted Lahore, 1954, 1959, 1964. END_OF_DOCUMENT_TOKEN_TO_BE_REPLACED

LAHORE: Students of the National College of Arts (NCA) on Thursday exhibited their work based on Allama Iqbal’s verse ‘Learn to Think and See in New Ways’ at Zahoorul Akhlaq Gallery.

The exhibition was titled ‘Transformation’, and was inaugurated by The Friday Times publisher Jugnu Mohsin. A large number of students turned, and many of them had worked together on the project. The work included paintings, sculptures and short documentaries.

Individual approaches to a uniform theme – based on Iqbal’s philosophy – were displayed at the exhibition. An art piece ‘Kaukab-e-Qismat-e-Imkaan’ by 4th-year student Adeel Ahmad Zafar and 3rd-year student Dua Abbas Rizvi spoke volumes about transformation. The material used included wood, pen and ink, which made it quite unique.

From the Daily Times

Lamba, a great admirer of Allama Muhammad Iqbal, published his first book, Nazre Khusro, in 1975. The book contains Amir Khusro’s Persian ghazals translated in Urdu, which is a rare and pioneer work in Urdu literature.

He published his second Urdu book, Quran-e-Natiq, in which he highlighted the message of love and unity of mankind – preached and practiced by the Holy Prophet (peace be upon him). Literary circles all over the world have praised the book.

The Urdu Academy, Delhi, has given ‘Linguistic Integrity Award’ to Lamba for the book in 2004. He has done intensive research on Iqbaliat and Islamiat and has delivered extempore lectures in India, Pakistan; and the US – fostering universal brotherhood and interfaith harmony. END_OF_DOCUMENT_TOKEN_TO_BE_REPLACED

A lament on the End of Lahore that was..

The End of Islam, the End of Lahore by Billo

Yesterday was, without doubt, one of the most depressing days here. What was termed a ‘debate’ was really a farcical show, another attempt to lampoon the “decadent” west. And here we had two teachers, both with their f**ng American twang, quoting Nietzsche-the nihilism of the west-and Plato (the noble lie..”they didn’t teach you that, did they?”) and Chomsky. A heady brew. The west is in crisis, it has no moral foundations. Pornography, incest…what’s your problem with that?This university is funded by amriki money, to produce ‘brown saahibs’ (Macaulay was wheeled in). And all this in front of the students.
“But how should we respond to the cartoons?”
Follow the will of God. And for that you need to go to the best interpreter, and that is mufti K-A…
More than that, other colleagues were attacked on the platform. The social sciences themselves were irrational, an eye-wash. The social scientists themselves devoid of any logic. We can essentialize, we must. In our tradition we talk of the kaffir and the muslim. Why should we even be concerned with words like freedom, peace, tolerance. They’re out to get us. Look at Bosnia, look at Chechnya. And all this from people who teach Business Studies and Sociology! Oh, the irony.
Now, you might think I’m making this up given that it’s so absurd. But that’s exactly how it was. And this ain’t no crummy university but supposedly the best or one of the best in the country. But what was really shocking was the way in which the vast majority of those around lapped this up, laughing and stomping their feet like f**king clowns.
A few dissenting voices, old Lahore speaking. But I can’t but help feel the game is over. I felt like saying, but have you actually ever listened to Bach. No, it won’t do. This place is buggered. There’s no two ways about it. Fanatics everywhere want people to take sides. But I prefer not to. Let us remain true to our roots and be unsure. As the Allama once said:
Even if the Divine reveals His Face
I’ll still take “perhaps” and “maybe”.