This article was originally published here 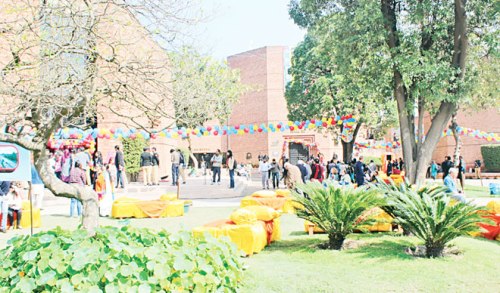 “Pata nahin kee hai, koi kitaaban da mela lagda hai,” one of the numerous policewomen deployed outside the Alhamra Arts Council last weekend was overheard saying perplexedly into her phone. It was easy to understand her confusion for it’s not every day that the city witnesses an event of the magnitude that was the Lahore Literary Festival (LLF).

Spread over three days, the festival put up a remarkable 75 sessions that gave the people of the city, as well as those who’d converged on to the Alhamra from various parts of Pakistan, a taste of literature, politics, culture and music. The sessions ranged from tributes to Pakistan’s legends such as Madam Noor Jehan and Faiz Ahmed Faiz to talks by the country’s new generation of fiction writers including Kamila Shamsie, Mohsin Hamid and Bilal Tanveer, interspersed by discussions on global and regional politics that engaged international journalists such as Roger Cohen of the NY Times and Lyse Doucet of BBC with local experts and politicians.